Simon Gosnell, one of the founding directors of leading specialist insurance broker, AlphaXO Risk Partners, retired earlier this month having announced his decision to take a step back from the day-to-day management of the company in November 2019.

Spanning over 50 years, Simon started his career as a marine underwriter on a Syndicate at Lloyd’s before transitioning to marine insurance broking in the London Market. 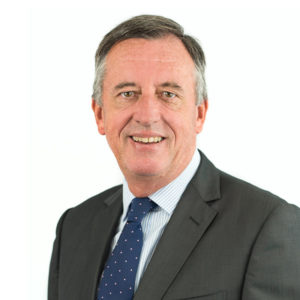 Relocating to Australia in the early 1980’s, Simon spent some time as Managing Director of the marine division of a large international broker that is now part of AON.  In 1986 Simon established the Australasian office of London broker, Gault Armstrong & Kemble, together with fellow directors Andrew Cox, Brian Turner and Trevor Karsten. The Australian management went on to buy out their UK parent and continued successfully as an independent broker before forming a joint venture with Kym Bermingham’s Zuellig Insurance Brokers in the late 1990’s, ultimately becoming OAMPS Gault Armstrong.

In 2012, Simon, together with long-time business partner Andrew Glover, were approached to join the Australian office of FP Marine Risks.  Relishing the opportunity to return to a specialist, client-driven focus, Simon described this latter part of his career, including the rebranding of FP Marine and its relaunch as AlphaXO Risk Partners in 2018, as amongst the most exciting and enjoyable of his 50 years in the industry.  Sufficiently exciting in fact to extend his retirement date well beyond that originally planned!

The impact Simon has had on the industry is summed up by AlphaXO Managing Director Andrew Glover, who stated:

“I have always admired Simon’s passion and consistent approach to our company and the business in general. I know this has been valued by clients and colleagues alike as well as respected by the wider marine insurance industry.  Simon has always behaved like a true gentleman, even through some very testing times. It has been a pleasure to work alongside him and call him a friend for the past 27 years.  All at AlphaXO wish Simon and his wife Wendy, a long and happy retirement and a very successful move to the warmth of North Queensland.  We will all miss you.”

The AlphaXO business continues to develop with specialist broking teams now in Sydney, Melbourne and Brisbane, along with recent appointments of senior team members including that of Robert Hammersley in Sydney and Charles Harrington-Johnson in Melbourne.