AlphaXO Risk Partners is delighted to announce one of the leading and most respected figures in the Australasian marine insurance industry, Robert Hammersley, has joined its team. 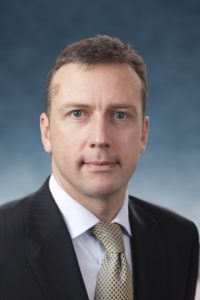 For the past four years, Robert has been the Managing Director of marine claims specialist, W.E Cox Claims Group, and helped the formation of its Australasian branch.

Prior to that, he ran Lumley and then QBE’s marine units, for almost ten years, following his tenure as managing director of Thomas Miller, where he was responsible for the management, underwriting and marketing of TT Club business in Australasia.

AlphaXO’s Managing Director, Andrew Glover, said, “We are absolutely thrilled to have Robert join our team. He is well-known and liked in the Australasian marine insurance marketplace. Robert’s expertise will further cement AlphaXO as the leading specialist insurance broker and risk consulting company in the region.”

Commenting on his appointment, Hammersley stated, “I’ve known the team at AlphaXO for many years and am excited to be joining a successful business that has a clear focus and is determined to add value to its clients. It’s sad leaving W. E. Cox, but I am keen to get back to my core areas of expertise in commercial hull, logistics and liability insurance and I know we will have the opportunity to work together in the future.”

At the same time, Simon Gosnell, one of AlphaXO’s founders, is taking a step back from the day to day running of the company as he transitions to retirement. He remains involved in the continued development of AlphaXO.

Reflecting on Gosnell’s pivotal role in the company, Glover stated, “Simon and I have worked together for over 25 years. He is a true friend and champion of all that is good in insurance broking. I’m really pleased we have found a way for Simon to stay involved in the business, while starting a well-earned retirement.”